He left physiotherapy to pursue law when he understood that justice in India is meant only for women and until he knows the law, he can never rescue himself. Luckily he did rescue himself from a false dowry case when he was discharged from the fabricated case his wife filed on him. Little did he know that she will never let him be.

PS: We are doing a peace march from Arvind Bhartis home, C5/17, Yamuna Vihar to Bhajan pura police station on 23rd December, Saturday 4pm onwards. Call 9891122555 – Nitin Bharti for any query. Join if you can.

Arvind Bharti, a young lawyer from Delhi committed suicide on 15th December 2017 by jumping on rail tracks, chopped by train who was as blind and deaf to his sight as the law and police enforcement of India is for a man. These are not my words but his own that he wrote in several suicide notes he left detailing his harassment over years by his wife and in-laws even after he got divorced from her. He planned everything. Conviction to end his life arose from series of atrocities committed upon him by his wife. First a false dowry case, then several Lacs to give him a divorce, then keeping him hostage naked for four days, then alleging rape on him , then beating him up wherever she saw him, then getting him thrown out of the job wherever he went, then ensuring that he never gets married again by ruining his alliance, then telling him that his only option was to commit suicide.

He DID. Because she used to tell him that no one’s gonna listen to him. That the law is handicap in front of her and he has no choice because she won’t let him live.

He wrote how system, law, police were her puppets and he of theirs and how ending his life was the only way to come out of those clutches.

It’s been seven days since Arvind died and not even an FIR has been registered so far. He was right when he wrote that even his death won’t change much. Apart from some hindi newspapers, no other media has covered his case. No debates. No furore. No prime time shouting.

If you’re reading this and wish to get him justice, send his suicide note to Prime Minister Modi and seek an answer. Tag PMO on Twitter and demand an action. Ask our law minister if he has answer for this student of law. Ask everyone a question – IS THE LAW AND JUSTICE OF THIS COUNTRY ONLY MEANT FOR WOMEN? 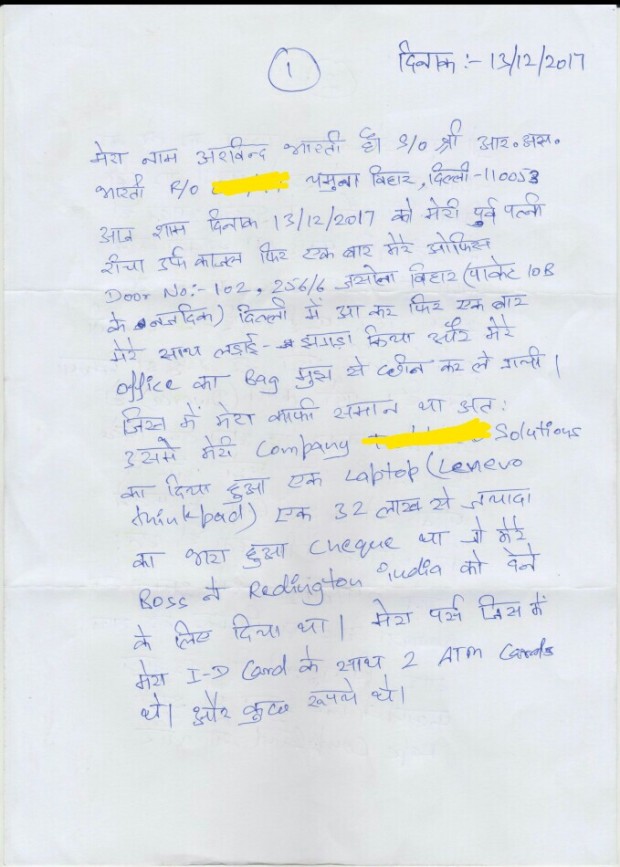 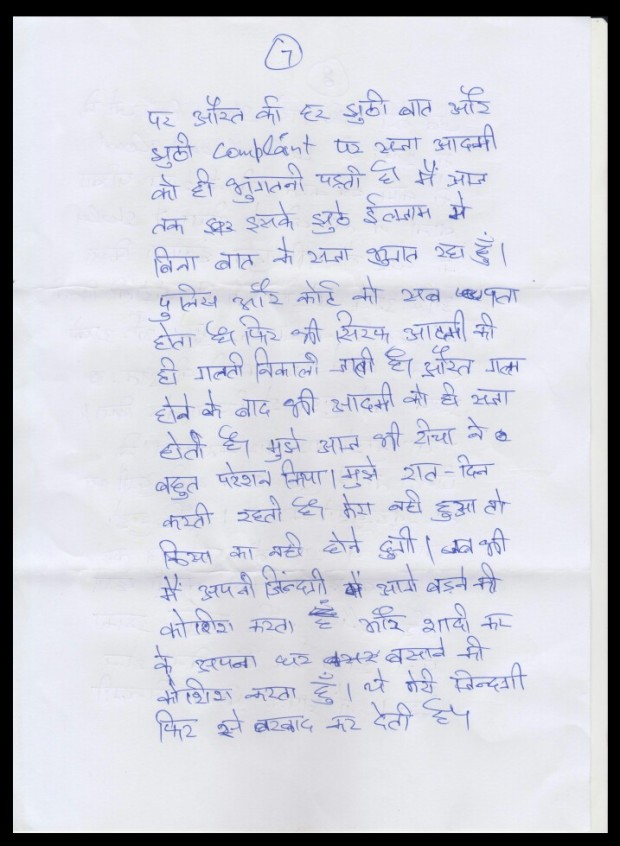 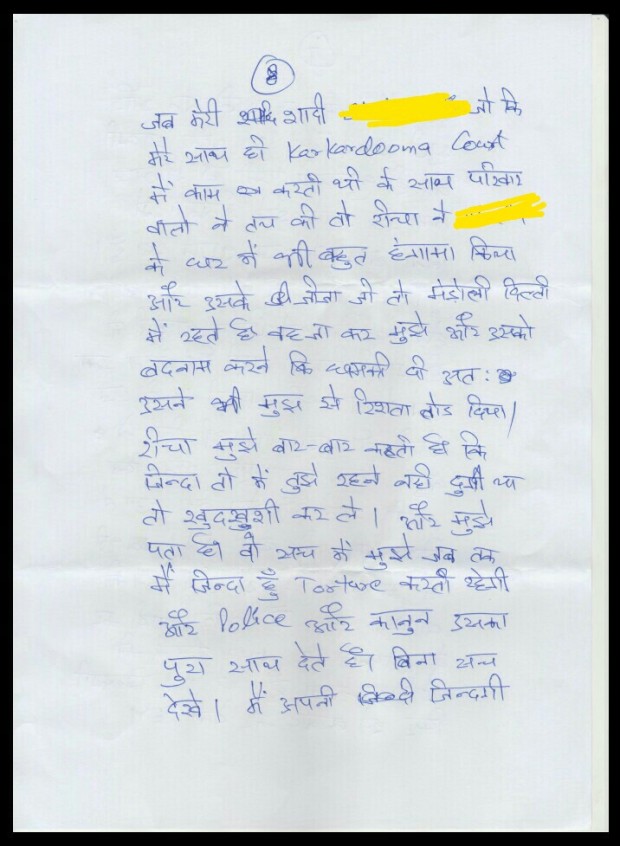 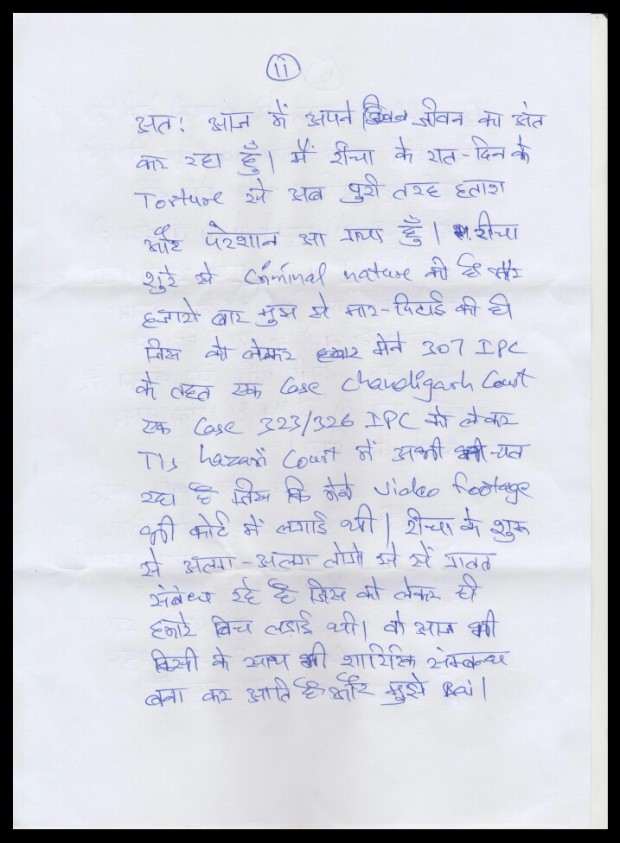 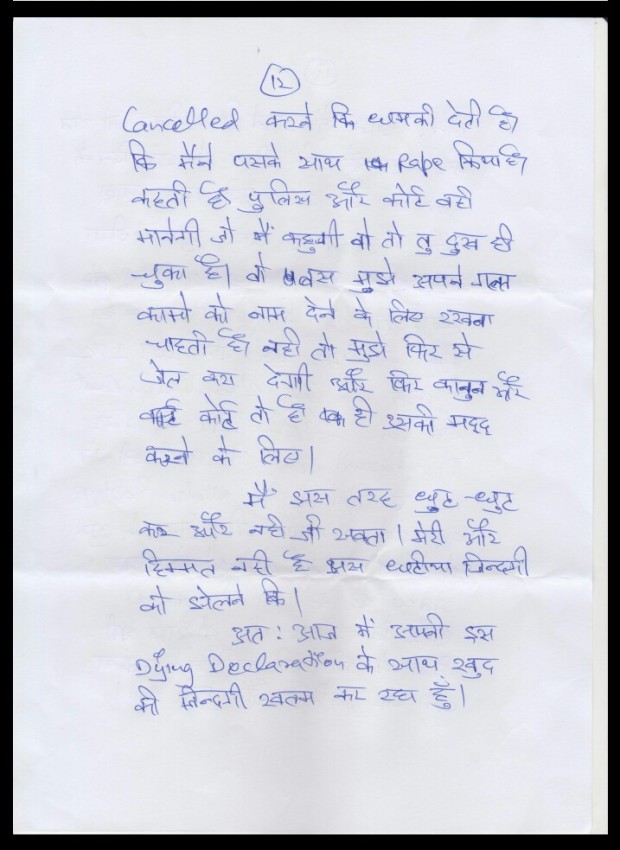 Can a Man file a rape case on a woman after she refuses to marry the boy after exploiting him emotionally, financially and YES physically?

Today, women are filing rape cases on their boyfriends if they refuse marriage. Mind it, this case can be filed even if you never got physical with each other as she doesn’t really need to give any evidence. Every kind of story is available with the lawyer next door. All that she needs to say is you raped her and then you have to decide whether you go through a false case or give in to her demands!

Here’s a MAIL a MAN sent me:

First of all a very bold move all together.

I am writing this mail since this needs to be heard.

This is not an incident in general or something that has happened in a day. I had been in five years of relation. I was engaged to her. There were some misunderstandings every couple has. All was sorted.

Now four days before marriage, i and my family were summoned at her place and were literally abused. My family out of love towards me took all of it. Mind me we are quite influential family. So invitations are gone guests started coming in, a call comes and the marriage is called off. When reason was sought, she didnt know what the reason was. Just plain and simple, she doesn’t want to get married.

Well that was the first part. Now comes in the real part. News spread like fire, everyone started consoling and the blame game began. There wasn’t a soul who asked how i was feeling. It takes a long time to get out of a long term heart felt relation. This is problem with us men.

We are perceived to be strong willed and strong, but never considered to be emotional. It is a very rare event that men come out and speak. Men are quite, we are biologically built to withstand abuse. But the thing is we are taken for granted. That is exactly where problem is. We don’ t need laws or a special treatment, all we need is smile and ears to be heard. If this is encouraged we can go through anything.

Yes, there bunch of men who are nothing less to savage, i know them personally. Trust me they are now being left out in a big way. The level of respect is off the charts towards women these days. A lewd comment or a lewd action doesn’t go unpunished by the mob. Probably these will never come in to light. Strange but true.

How would anyone feel if they are constantly judged? Its worst then getting stared at. Every where I go may it be office may it be my own damn house i am always judge. My maid judges me. Seriously. She never comes to do her chores when i am alone in house. Girls literally walk off mid food when i walk in to macdonalds. This is not my story, this is a very rampant phenomenon these days.

This has caused a very serious retribution even for females. Good companies are now shying away to hire females. Specially the attractive ones. The HR doesn’t want more settlements or lawsuits. It is either an all male co. or all female co.

Now lets talk about sex. The one survey which no one will dare to do is usage of sex in return of hike, project, business and promotion. Boss and secretary fantasy do have origins. There is an alarmingly high rate of females using sex as tool to get what they want. They do this outside marriage. Things go out of control when the boss is a lady. She literally uses her body to get things done. Just no words to express what goes through mens mind when they find out that they are used.

All I want to tell is we are taught to respect and love females. We are very happy to do that, all we need is a neutral ear. Nothing more nothing less.

Oh yeah, since you have an excellent platform to go masse, have a look at last episode of satyamev jayate’s last season. Even my female friends found it bit too inclined towards females. Do share your thought on it.

If you want you can use this anywhere,please make sure I am not mentioned anywhere. Let it be an idea and not an individual.

Once again thank you for an awesome episode,