A peaceful procession has been planned by family, friends and relatives of late Dr. Vimal Bharti on November 16, 2016 in Dharamshala to demand fair justice in his suicide case. Vimal hanged himself inside the hospital where he was working on October 16 , leaving behind a five page long suicide note detailing how he was harassed and mentally tortured by his wife and in-laws forcing him to take this drastic step. The procession will begin at 11 am from SP Office from where people will go to the Court Road. 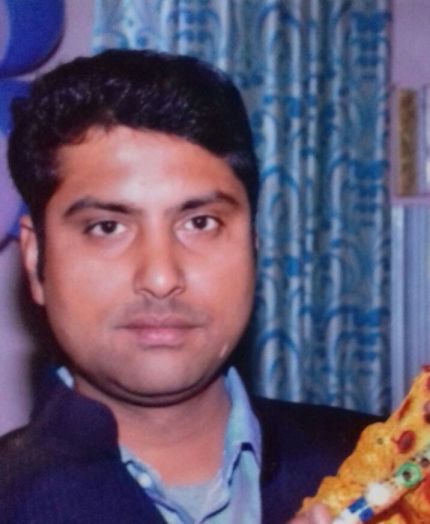 Dr. Vimal Bharti, fondly remembered by his colleagues and friends as a jovial, friendly and always helpful person, was serving as Dental specialist at PHC Panchrukhi. He got married in March 2014 and is stated to have had issues in his marital life right from the beginning. His father says, “She first separated our son from us and then separated him from his life as well. We limited our interactions with them thinking that it may help them lead a smooth married life but we did not know that his wife and her family would drive him to suicide.”

A case of abetment of suicide has been registered against Vimal’s wife, mother in law, father in law and sister in law. However, police is yet to make any arrests in the case of any of the accused, because of which many people are carrying out the procession to seek justice for Vimal. The police have been dilly dallying the case saying they are yet to match the handwriting of the suicide note and Vimal’s original handwriting. The family has claimed that since the girl side has very high contacts in the police and also judiciary, no action has been taken on their complaint for so many days. His father rues “there have been two more cases of suicide by men (one of them a soldier) because of exactly the same reasons as that of my son, few days around his death. They were also alienated from their children and harassed by their wives. Police has nabbed the culprits in those cases but in our case, no action has been taken so far. I seek support from people to get justice for my son.”

“My wife started behaving strangely from the beginning of the marriage itself. She used to get angry and leave home anytime, sometimes in the nights also. I used to go and beg her to come back inside home. She used to tell me that she was engrossed in meditation of her Guruji and did not want to get married. Her parents married her as asked by her Guruji. I used to tell about her behaviour to her parents and her sister also but they never listened to me. After few months of our marriage she got pregnant and I thought everything may become okay once the kid comes. But nothing changed even after that. Within few days of the child being born she became even more abusive towards me. She beat me up couple of times during our fights. Once when we went to her place and her sister tried to advice her, she picked up a knife and tried to slit her hand. She abused my parents all the time. They used to come earlier to see their grandchild sometimes, but after seeing her behaviour, they also stopped coming at my home. She used to accuse my parents of doing wrong things with their own grandchild. I wonder who someone can accuse grandparents of a small child like that. Her superstitions, her insecurity became a threat for my family. She is deeply involved in superstitious activities and wants to involve our daughter also into that. She revers some guru who is no more alive. But she still keeps on chanting about him all the time. She says that the Guru talks to her. I don’t know how can a dead man talk to a person? What kind of thought process is that? She keeps threatening me that she will get me and my parents behind bars. Who threatens like that? I felt worse when she said that the baby is not mine but Guruji’s. That it is the guruji who has given the child. If it is guruji who has given the child, then why wasn’t the child born before marriage? Her family members knew about this condition of hers. Still they married her with me and destroyed me and my family. She has traumatized me mentally to a point where I just cannot take it anymore.  I fear for my daughter. No one can live with a person with such psychic behaviour ever. I am afraid she will turn by daughter also as same. There is so much mental pressure every day. Her parents have played foul with me. They knew she is like this. They thought they would marry her anyways, whether it works or not will be the in-laws tension then. Only I know how I have lived this mental trauma since my marriage. I am tired of listening to her taunts and hence decided to end my life to find some peace. Every day I have to attend so many patients in the OPD. When I come back home in the evening, she creates hell for me. She had made my life hell. She says I use my daughter. How can a mother talk like that? This lady and her family members have tortured me so much that I see no other option but to end my life. I just don’t know what I will do to myself. Her behavior, superstitious beliefs, quarreling nature and mental torture she inflicts on me has made it impossible for me to live with this woman. Please listen to the recordings I have done to understand what I was going through. Please save my daughter from this torture. No normal person can bear this kind of mental torture. Please save my daughter. Please save my daughter. I request my colleagues, media and society to help my family and save my child. I hope the law punishes this woman and her family so that no other person has to commit suicide like this.”

If you wish to attend the procession, please get in touch with family on this number – 09816005524. Entire suicide note has not been reproduced here because of the sensitivity of the details mentioned by Dr. Vimal.

Editor’s Note: It is sad that Police takes an action in these cases on the basis of gender of the person who has died. If it was a woman who had left such a long note against her in-laws, they would have been immediately arrested and interrogated for torturing the woman. However, when a man commits suicide, as seen in several cases of such nature, police is least interested in investigating the case or taking any action. We urge people to join the family and support them in seeking fair investigation and action in this case. If you wish to share any similar unfortunate incident with us, write to martyrsofmarriage@gmail.com

Watch the trailer of  Martyrs of Marriage – a documentary film on misuse of IPC 498A here: http://www.martyrsofmarriage.com

Disclaimer: The article doesn’t hold anyone guilty of the crime as accused. It states the facts of the case as they have happened post Dr Vimal’s suicide.